Loneliness is seen by many as one of the largest health concerns we face. In fact loneliness and social isolation is as bad for your health as smoking, obesity and lack of exercise – it’s actually likely to increase the risk of death by 29%  (Holt-Lunstad 2015). With these facts in mind, it is great to know that charities like the Eden Project are working hard to encourage greater social connection in our communities, with neighbourhood events, Big Lunches and so on – but what has that got to do with YOU as an employer?

Let’s think of it this way …. back in the day we lived closer to our families, often being born and living our whole life in the same town, close to family and friends we had grown up with. You have heard the saying “It takes a whole village to raise a child”? Well, that village, or tribe, doesn’t exist so much any more as people move away to go to University, for a job, to pursue a career and the downside of that being they leave their tribe, their village, their family and find themselves much more alone and isolated. So what? Well, as an employer, you may well feel the impact of that. 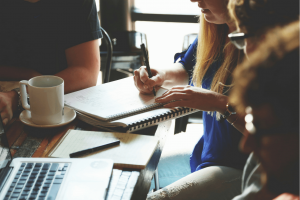 Also take into account too that back in the day, it was more often the case that one partner would work, the other staying home to tend to the home and look after the family – less likely to be the case these days and in some cases, both parents HAVE to go out to work to make ends meet. This in itself can lead to a more stressful life with precious “down time” taken up supermarket shopping, dealing with dry cleaning, getting the care serviced and all the other domestic chores eating into our weekends. Our 24/7 world can be very busy and stressful these days if we are not careful.

Stress comes in many forms

At work we have masked sickness absence stats as there is nobody to look after a poorly child so the parent has to “call in sick”, leave work early, work from home… more stressed parents (running around to drop kids off, pick kids up, childminder is on holiday so parents are covering), both parents are out at work so food more likely to be processed than “made from scratch” as it might have been in the past – which in turn affects our physical and mental well-being with an overdose of processed and nutrition-less fodder.

We struggle with the demands of the job, being asked to do more with less as organisations trim back again, restructure, merge, outsource services… Performance can suffer, people’s energy levels, morale, motivation and commitment might be pushed to the extreme limits as we all try to cope in a demanding world, and now much more isolated than we ever were without the support of family, friends, community to help us out.

Also think about our neighbours – very often people will say “hello” as their busy lives pass in the street, but there often isn’t the same closeness and connected-ness any more – I know people who have lived next door to each other for years and don’t even know names, rarely interact and “keep themselves to themselves”. Here again our lifestyles, different working patterns, shifts and 7 day working week can impact on this meaning people are only really connecting with colleagues on a day to day basis rather than family, friends and neighbours as we might have done in the past.

Being part of a tribe

Historically we had our tribe or our community to be part of and were protected by and looked after by them. As human beings we are indeed sociable pack animals and would be stressed to be separated from our tribe as that would mean we were vulnerable and at risk. In this day we are less at risk of being eaten by a sabre tooth tiger when out alone, but we are at more risk of the stress of isolation in many other ways – sadly our body has not worked out the difference between a sabre tooth tiger and the overwhelming feeling of being isolated and feeling alone because of our lifestyle, so cortisol and adrenaline flood the body in either case and if it were a tiger, these chemicals would get used up and burned off in our “fight or flight” response … whereas these days we might just store up that chemical overload and create inflammation in our bodies as there is no call for physical release of stress caused by a traffic jam, looming overdraft or boss who sends emails at 10pm.

We know that loneliness, alone’ness and feeling isolated are also contributing factors to suicide ideation. These feelings can be further 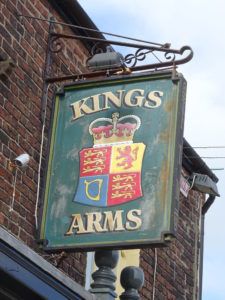 exacerbated if you are dealing with challenging times – nobody to talk to, nobody you can trust to share your fears with! Think about it even on a social level – we are less likely to have a social scaffold at the local pub these days – fewer people go to pubs, fewer pubs exist – and even that role that churches might have played is simply not so much the case any more. In fact, the only place we now go regularly is to the workplace. The only people we connect with regularly are our work colleagues.

Organisations need to be the new community.

Corporations need to be able to provide the social scaffold, the support network, the freedom to confess our stress and replace the tribe, pub and church of the past – bearing in mind there is a big difference too between “fitting in” and “belonging”.

I’m not talking about organisations becoming places where people can drink alcohol or attend a prayer group, but a place where people feel accepted, where people can feel safe and where there is a trust and acceptance of authentic and genuine self.

Where the conditions for honesty are present, where climate is positive and supportive, where I can confess my stress and where the relationship with my colleagues is friendly and interactions with my boss supported by trust.

Where I feel valued, that my contribution matters and people miss me when I am not there.

Where it is OK to say “I’m struggling at the minute” without fear of consequences or negative repercussions.

A community that I feel I belong to, am valued in and where I can access support if I need it – not a place that will add to my stress, smother me in toxicity, ignore my needs and place demands on my that cause further stress to an already stressful life.

Where corporations become more community-like, loneliness and isolation are less and people can thrive, perform and deliver. If it is OK to be me and I am accepted as me, all the research tells us that positive psychology leads to greater results and higher standards whilst working in a toxic workplace, reporting to a boss who has the interpersonal skills of a billiard ball and being beaten with punitive policies and procedures, where good enough is never good enough and I have to hide the fact that my kid is in my bottom drawer with measles because the nursery refused to take him …..

If organisations replaced the pubs and churches and colleagues were encouraged to behave more like my tribe, I wonder how much more productive and successful I might be? 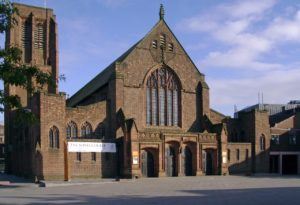 In the words of the Eden Project Charity “ Connected Communities are more resilient. They are better able to spring back when hard times hit, protect and prepare themselves against global issues and, research shows, are happier and healthier” – now you tell me an organisation that wouldn’t benefit from a little bit of that?