Saddened this week to read that predictions for suicide rates according to the ONS have increased rather than decreased – despite all the initiatives and suggestions that “It’s OK not to be OK” and “reach out” and organisations proudly signing up to schemes and programmes and MHFA champions. It’s all piece meal. It’s all shiny trinkets and boxes ticked and consciences cleared. It isn’t making a difference to the number of deaths by suicide.

The overall rate is said to have increased by almost 11%, male suicide 12%, female 7% and the most shocking, under 25’s by 25%. Internationally it is being reported that the traditional risk assessment and predictors are not working. Other countries are turning to other means in the fight against suicide and we need to listen up.

I posted a while ago about my experience of such initiatives and programmes that organisations are signing up to – it took me back to the days of BS5750 and then IIP awards …. badges and flags that looked good on paper but actually in reality made little difference to the people within the business.

I distinctly remember gathering the night shift warehouse staff together at 3am to make sure when the IIP inspectors came calling that they would know what to say. I absolutely remember pulling together “portfolios” and “evidence” to demonstrate commitment to “The people agenda” with a large client … a client where the culture was “do or discipline”. Ever since we hung a BS5750 banner in reception, I’ve had something of a cynical view of those ‘badges’ – helping a client achieve their ‘Best Company’ title and watching another recently framing MHFA certificates.

My lovely construction clients would think I was crazy if I spent thousands on a shiny trinket to put on the roof or if I built a house on sand and then spent a fortune on a beautiful ornate decking if I’d NOT done great groundwork and set strong foundations. It does not make sense to put a sticking plaster over a broken leg and hobble onwards – however attractive the sticking plaster is, however much you paid for it, whether it was free or not, whether it was Government backed or not – it might have a beautiful design on it or even Mr Bump for comedy value, but the sticking plaster does not hide or heal the broken limb.

Now I’m not thinking of setting myself up as a builder and advising on groundword and foundations and depths etc but where I do believe I can add value is helping organisations to ditch the fancy trinkets, you know, Free Fruit Friday, Wellbeing Wednesday, Move More Monday – until the foundations, the load bearing stuff, the things that matter more are in place.

We need to stop the shiny trinkets and getting SLT’s to “sign up” to initiatives – we need to do some real work on the causes of stress and mental ill health in the workplace. Get to the root of the cause and be bold enough to rip the sticking plaster off and deal with the reality of what is underneath. 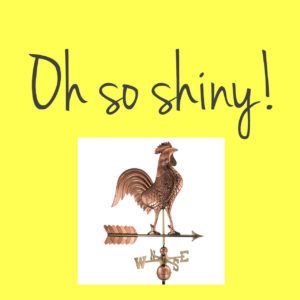 No amount of yoga will outshine a bullying boss; no amount of bananas will rescue me from my overbearing workload; no amount of “fun events” will change the fact that I am exhausted, burned out and sick to the back teeth of being at the beck and call of email and poor leadership …. If organisations behaved more like communities, where people actually mattered and where they took care of their greatest asset AND weeded out the toxins from time to time, then perhaps then we could sign up for the shiny? There is a rather crude saying about one’s inability to polish something stinky and nasty, and to be honest, it so fits here!

Effective leadership; educated employees; policies and procedures; creating positive climate and a culture where the conditions for honesty are present. Organisations would be better spending time and effort on protecting staff, protecting their bottom line, protecting their reputation as a decent employer in addressing the difficult stuff – the stuff that we have crammed into the Too Hard Box and jammed the lid firmly down on. There is little point hanging shiny trinkets on the walls of a building that has unsafe foundations. Fact. And I’m no builder!