The shocking headline from an article in this week’s CIPD magazine. The tragic story of a young man who took his own life the evening he was suspended following a complaint at work; work that was said to be his vocation. Imagine being the the HR Manager who had informed him of the suspension and sent him away from work? Imagine receiving the news that you were the last person to talk to him, to have any contact with him, before he took his own life?

*Catherine (name changed to protect the family) goes on to tell the story and the impact the suspension had.

“My brother worked for an organisation whose aims he passionately believed in, and to which he had devoted most of his adult life. His friends and social circle were all connected to his work. His suspension cut him off not only from his employment, but his way of life.”

The tragedy happened in November 2017 and his sister is now trying to ensure that HR professionals learn from this event – an event that could happen to any organisation if their process and procedures are not tuned in to people who are perhaps more vulnerable, perhaps with things going on at home that the employer is unaware of, or even, as in this case, a history of poor mental health.

A client of mine has a procedure that clearly explains how to deal with someone who is suspected to be under the influence of alcohol at work, for example. That procedure requires that a breath test is done and if found to be positive then the individual is sent home to await their fate. Let’s think about that for a moment ….. someone who presents at work under the influence of alcohol. Hmmm, that is not “normal” behaviour for this person, perhaps they are struggling with personal matters, perhaps alcohol is a coping strategy for them – but it is certainly not the norm for someone to be at work, drunk. So we send them away, on their own, in disgrace, at risk of losing their job, and tell them to “await their fate” ….. see what I mean?

*Catherine describes suicide as “an atom bomb. It does not only kill; it irradiates everyone it touches and its effects last a lifetime.” and she goes on to acknowledge that as many as 135 people are affected by one death by suicide – and actually, what we know is, the survivors who are affected are then as much as 60% more likely to consider suicide themselves. She is asking that all HR professionals realise that 1) suspension can be a trigger for suicide – (we know that factors such as humiliation, feeling hopeless, isolated etc can contribute to suicide ideation) 2) handing someone a leaflet to access EAP is not enough 3) the minute someone leaves the suspension meeting they are at risk.

I had a similar situation with a client of mine – but in this case the individual told the employer that the way the disciplinary situation was being handled was causing him to “have thoughts of suicide” so they were able to intervene, with my help, but *Catherine’s brother gave no warning, he contacted nobody. 5 hours after leaving the suspension meeting, having written a letter to his family, he took his own life. 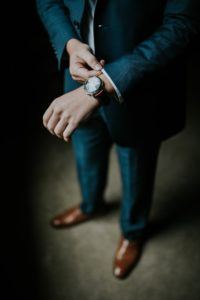 We are working with conscientious employers to help them consider the sensitive subject of suicide in more depth. We are working with them in a very practical, business focused way to help them protect their employees, bottom line and business reputation by looking at factors such as attitudes to suicide (oh nobody HERE would ever do that!), leadership styles, procedures that might isolate, alienate, cause stress and how to continue to manage people and performance but protect their well-being too! Whilst a lot of employers are (rightly) investing in MHFA or other mental health awareness initiatives, what are they doing to create a climate at work that is mentally healthy? Are they looking at leadership (styles, attitude and beliefs), are they considering people management policies, procedures, sanctions? Do they see well-being as more than Free Fruit Friday and Health and Safety as more than a hard hat and PPE?

We have a free download that we can send to you entitled “The Conscientious Employer” – drop me a line and I will gladly send it to you if you are serious about taking positive action.

I am also a qualified and accredited tutor for the City & Guilds Suicide Intervention qualification – the ONLY externally evaluated, robust training in the UK – in as little as 3.5 hours you could have people trained within your business to be able to positively intervene AND with a City & Guilds accreditation, you know you have exercised your duty of care in choosing a quality programme.

Our sincere condolences to *Catherine and her family and to the colleagues, friends and HR professional whose lives would have been impacted too.