So Blue Monday eh? Fodder for the media or a genuine phenomenon? The third Monday in January has been known as Blue Monday since 2005 when it was “researched” and with Christmas over, salary still not in your bank, grim weather and realising resolutions need effort … the media are loving the opportunity to fill pages but actually there is no evidence behind it AND the whole theme is just trivialising a debilitating condition which can lead to thoughts of suicide in extreme cases.

Further research tells me it is simply a marketing gimmick and in fact, Cliff Arnell, the guy reported to have calculated the equation leading to this outcome later said it was “never his intention to make the day sound negative”, but “to inspire people to take action & make bold life decisions”. Now I’m a fan of that – taking action and making bold decisions – but I am certainly NOT a fan of some of the media headlines asking “why is today ‘the most depressing day’ of the year?

For me such casual use of language is one of the problems we have in our world today … depression is NOT “feeling a bit down because you’ve not lost weight this weekend” or “Being miserable because it’s cold and wet outside” or “fed up that you have to budget this month to cover your Christmas credit card bill” …. depression is a debilitating condition and can even cause someone to take their own life.

Other examples include ‘stressed’ ….. no sweetheart, you’re not stressed, you’re just busy, you’ve not managed your diary well and you’ve left stuff to the last minute so now you’re under pressure, you’re not stressed!! And OCD …. how many times do we see it used as a ‘joke’ on social media, television, in workplace banter?? Would we use terms like ‘cancer’ and ‘diabetes’ in the same jokey (and inappropriate) way?? Let me assure you, OCD is not all about neat and tidy and cleaning your shower with a toothbrush for hours on end, as the media would have you believe … my own home is evidence of that!! Of course different people will experience conditions like depression, stress and OCD in different ways but our casual use of such language trivialises (and confirms ignorance) of the real issues here and that really doesn’t help in our efforts to smash the stigma.

So my ‘bold action’ today is to encourage us all to consider our casual use of language and stop trivialising such conditions. To be really clear about whether we are indeed stressed or just a bit busy; whether genuinely diagnosed with OCD or just like reports done without errors; are you REALLY depressed or just a bit miffed that it’s chilly, it’s Monday, you’re skint AND there’s no carrot cake left? 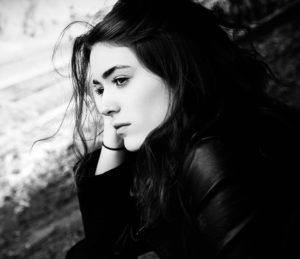